After Roseville was incorporated in 1909, expansion began with the townsfolk completing over 100 buildings including the Pacific Fruit Express Building in 1913, which was then the largest ice-manufacturing planet anywhere in the world. Up until then, downtown Roseville only had a few buildings, including the Old W.A. Thomas Store, which was the first store that opened in Roseville in what was then called, “Junction,” in 1865. The W.A. Thomas Store was perched on the corner of Lincoln and Atlantic Streets. 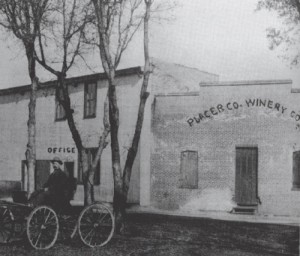 When Vernon Street became the new site for Roseville’s new City Hall, William Sawtell was elected Mayor of Roseville in 1901. In 1912, Highway 40 was completed and went along Lincoln, Vernon, and Riverside streets. Enjoying a real growth spurt, the population of Roseville increased by more than 70 percent between 1910 and 1919.

After a massive fire in 1911 on Pacific Street, the majority of businesses begin to move to the center of Downtown Roseville. The Carnegie Library was built in 1912 followed by the Roseville Theater in 1926 and the Firehouse in 1927.

Much like the rest of the United States, the Great Depression affected Roseville’s growth and economy during the 1930’s. However, the determined citizens of Roseville, who were supported by federal programs, were able to complete several projects including the Citizens Bank of Roseville, the JC Penny Company, and the Veteran’s Hall. Other building projects that were completed during that decade include the City Main Post Office. In 1936, the City Hall Annex saw an expansion with the Placer County Fair establishing a permanent home in 1937 on a 76-acre lot on the Northern edge of town.

It was also in the 1930’s that Roseville became a, “Charter City,” giving its residents the opportunity to have a say in the government of their city. During this time, Roseville also acquired its own Roseville Water Company. Roseville owned utilities would prove to be a model for other communities in California over the next few decades.

When World War II was declared, Roseville sent more than 1,250 people to fight in the war. This accounted for nearly twenty percent of the population, which according to Roseville’s historian, Leonard M, “Duke” Davis, was one of the highest in the country.

Because of WWII, there was a shortage of workers in Roseville with the Southern Pacific Railway and the Pacific Fruit Express hiring women and students to help with the workload. Both corporations also hired Mexican Nationals and Navajo Indians from Yuma, AZ.

Much of Roseville’s development after the war and throughout the 1940s focused on new housing and auto related businesses up and down Vernon and Riverside Streets. Some other additions should be noted as well. 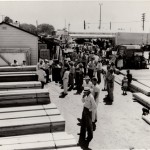 In 1940, the Tower Theater opened its doors and in 1945, the highly anticipated Roseville Meat Market started doing business. In 1947 the Denios Farmers Market and Auction, which is still operating today, opened its doors as well.