A few Sundays ago, I ventured over to the Roseville fairgrounds to check out the Roseville Gem show.  After going to the Tucson Gem Show in Arizona this one seemed like a mini show.  There were two buildings and the grassy area in between the buildings, all had vendor booths.  It was good to see local vendors like the old guy I met who lives above Foresthill near Baker Ranch; he was really cute and had a few good stories. 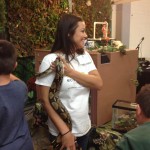 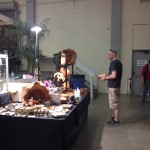 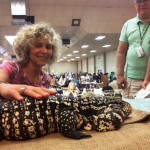 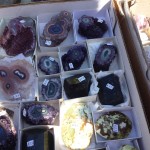 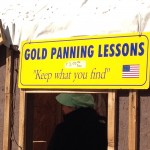 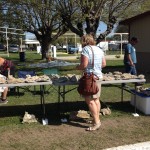 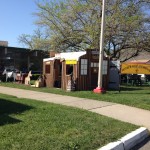 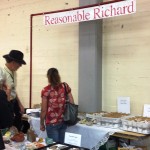 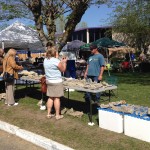 Then there was Reasonable Richards, what a name!  I actually ran into one of the vendors that I met at the Tucson show, Jack, who owns Daggett’s Stonework’s.  Jack sells polished agates for $1 an ounce which I think is a great idea, I bought some really pretty stones from him in Tucson.

There was a booth outside where you could learn to gold pan, you got to keep what you found, if anything!  The show was put on by the “Roseville Rock Rollers”.  Some of the Roller members were preparing food that they were selling at the “Rock Puppy Café”, – what a name.

I must say my favorite part of the show was the booth that Eco-Safari had.  I’m not a reptile kinda gal but man, they had some cool critters there.  They actually do wildlife education and the lady I talked to told me they do school functions, birthday parties and community events.  Rufus, the black and white Argentine Tegu, was my absolute favorite his back felt like beads. (check out his pic)  Stumpy was also a cutie, she was a Chinese Water Dragon that had an injured leg which had to be amputated, hence the name Stumpy.  I could tell that all the peeps working in the booth really loved being with all the animals. I surely couldn’t have spend the day, let alone the whole weekend at the gem show, but it was good for a couple of hours.

If anything check out the eco-safari!